The Ghost Ships Of Archangel: The Arctic Voyage That Defied the Nazis 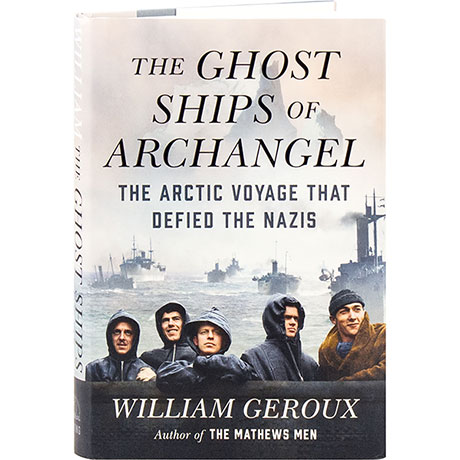 The Ghost Ships Of Archangel: The Arctic Voyage That Defied the Nazis

On the fourth of July, 1942, the 35 Allied ships of Convoy PQ 17 crossed the Arctic carrying a billion dollars of war supplies to the Soviet port of Archangel, the limited help Roosevelt and Churchill extended to Joseph Stalin to maintain their fragile alliance. The 24-hour Arctic daylight in midsummer gave no respite from bombers, and the Germans pursued with the terrifying battleship Tirpitz, nicknamed "The Big Bad Wolf." Here the author of The Mathews Men recounts this still-controversial chapter of the war and profiles the men who tried to slip through this dangerous region in one piece, even as the fate of the world hung in the balance. "An important but overlooked point in World War II…. A nightmarish story of survival in the ice fields of the Arctic; an engaging read for fans of military history."—Library Journal