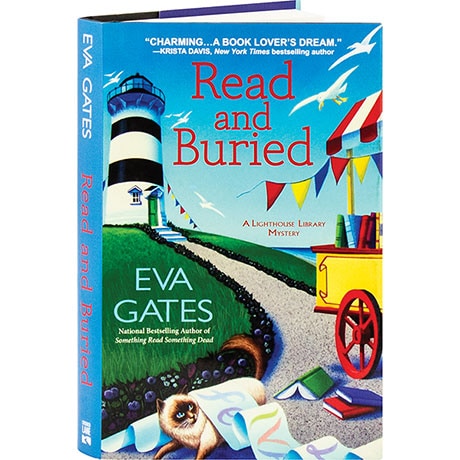 At a construction site near the Lighthouse Library's foundations, Lucy Richardson pulls out a tin box containing a Civil War-era diary with a hand-drawn map of the Outer Banks accompanied by a page written in code. Later that night, Lucy finds a body inside the library—and the coded page is missing. In this sixth book in the series (after Something Read, Something Dead), Lucy's nemesis, Louise Jane McKaughnan, confesses to entering the library after closing but denies seeing anything. When Lucy discovers that her co-worker had a past with the victim, she's forced to do what she vowed not to do—get involved in the case.