Scholars Of Mayhem: My Father's Secret War in Nazi-Occupied France 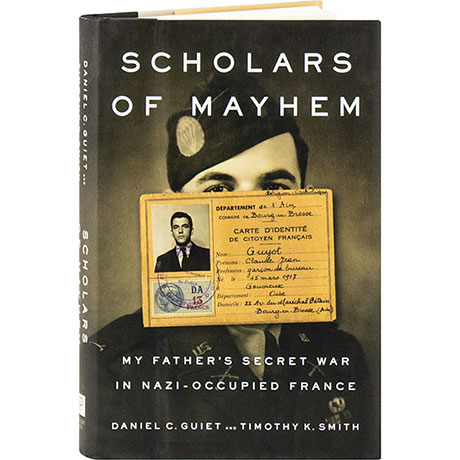 Scholars Of Mayhem: My Father's Secret War in Nazi-Occupied France

Although Daniel Guiet had always been told never to open his father's tin bread box, one day he couldn't resist; inside, he found a .45 automatic and five full clips, fake passports, and coded messages. Eventually Jean Claude Guiet revealed to his family that he had been in the CIA, but it was only at the end of his life that he spoke of his vital World War II service as part of Britain's Special Operations Executive. Here Daniel tells the thrilling story of Jean Claude and the other three agents in his "circuit," codenamed Salesman. Parachuted into France the day after D-Day, the Salesman team organized, armed, and commanded an underground army of 10,000 French Resistance fighters, marking a decisive yet little known turning point in the war.