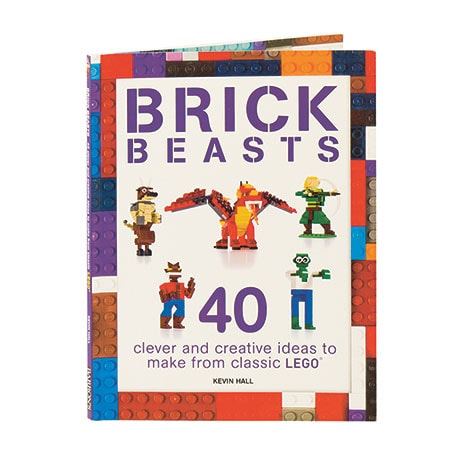 If you've got a big bin full of miscellaneous LEGO pieces, you can probably build the models in these fun, well-illustrated idea books, many of which use fewer than 100 bricks.

Not merely beasts, but some of the most fearsome creatures from mythology rampage through this collection—just imagine the zoo you could create with models of the Minotaur, Kraken, Medusa, Cockatrice, Basilisk, and Cyclops. Build bizarre creatures like the fox-tailed Kitsune of Japan, the ravenous Ninki Nanka of West Africa, and Australia's tree-lurking Drop Bear. Here too are a Vampire, Werewolf, Zombie, and other movie monsters; folklore favorites like the Yeti, Sasquatch, and Jackalope; and even the cute little Al-mi'raj of Arabia—just watch out for his horn.