Demagogue: The Life and Long Shadow of Senator Joe McCarthy 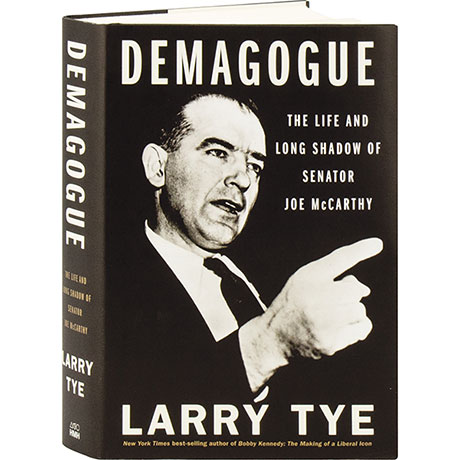 Demagogue: The Life and Long Shadow of Senator Joe McCarthy

In his first few years in Congress, Joseph McCarthy was distinguished only by his prickly nature and his lack of integrity. As the Cold War intensified and fear of communist infiltration into America grew, however, the Wisconsin senator found a path for his boundless desire for power, and his hearings became a tool for destroying many careers and even entire lives, whipping the nation into a frenzy of paranoia. Restoring the context of this turbulent era, Larry Tye creates a nuanced portrait of this war hero who became an American inquisitor, and traces McCarthy's influence on subsequent demagogues down through the present day.