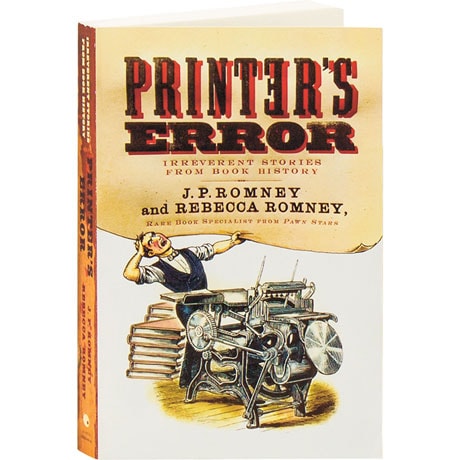 Gutenberg Bibles are the ultimate in rare books, worth tens of millions of dollars today, yet for centuries, no one knew who printed them—and one New York millionaire refused to pay the "exorbitant" auction price of 500 pounds in 1847 London. Possibly the country's most recognizable rare book dealer, due to her appearances on the History series Pawn Stars, Rebecca Romney teams with historical researcher and author J.P. Romney to give us this funny and fascinating history of the printed book, told through some of its most absurd episodes. We learn that Gerardus Mercator, inventor of the atlas, convinced generations of Europeans that the Arctic was ringed by huge islands inhabited by "Little People"; that earlier versions of Shakespeare's masterpiece had Hamlet sounding more like a drunken pirate; and that a pranking pressman cost Mark Twain a lot of money (and delayed the expected launch of The Adventures of Huckleberry Finn in time for Christmas 1884) after etching a lewd addition to an illustration of Uncle Silas questioning young Huck Finn.