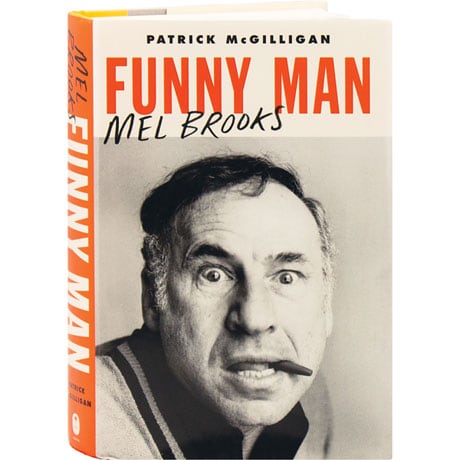 Oscar, Emmy, Tony, and Grammy winner Mel Brooks was behind the cameras (and sometimes in front of them) for some of the most influential comedies of our time, including Get Smart, The Producers, Blazing Saddles, Young Frankenstein, and Spaceballs. Though he began as Melvin Kaminsky, entertaining his Brooklyn family when they couldn't afford a radio, Brooks set out to make himself a brand name of popular humor. This novelistic biography offers revelations about his celebrated shows and films, as well as a telling look at his four-decade romantic partnership with Anne Bancroft, meditations on Jewish immigrant culture, and snapshots of a golden age of comedy.