The Perfect Horse: The Daring Rescue of Horses Kidnapped During World War II 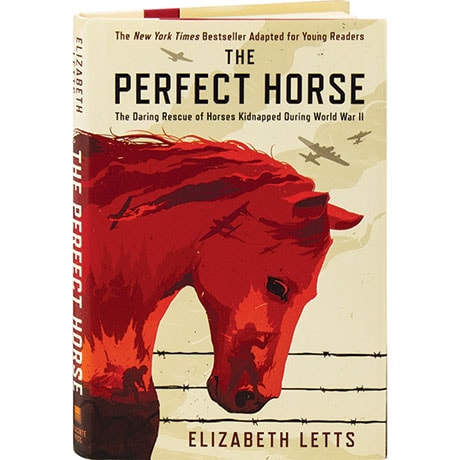 The Perfect Horse: The Daring Rescue of Horses Kidnapped During World War II

In the last days of World War II, American soldiers captured a German spy and found his briefcase full of photos of beautiful white horses, stolen by the Nazis and hidden on a farm so Hitler could breed an equine master race. With the starving Russian army closing in however, these purebreds were in imminent danger of being slaughtered for food. In this adaptation for young adult readers, Elizabeth Letts details how—with only hours to spare—U.S. cavalryman Colonel Hank Reed got General George Patton's blessing to mount a rescue operation. Aided by several Germans, Reed's small but determined force stole across enemy lines in an effort to save the horses.