The Eye You See With: Selected Nonfiction 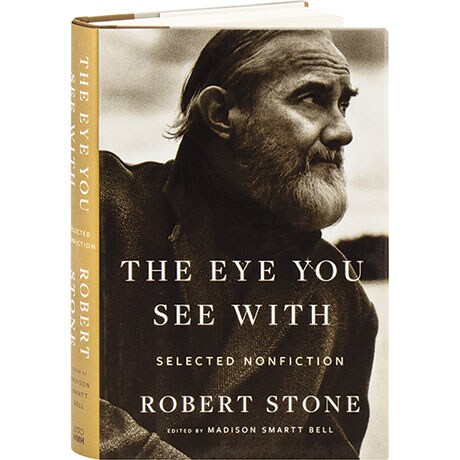 The Eye You See With: Selected Nonfiction

In a career spanning 50 years, Robert Stone earned acclaim for such novels as Dog Soldiers, and as a sharp and brilliant observer of American life, his nonfiction writing is revelatory. Madison Smartt Bell provides biographical background and selected these 28 pieces, which include Stone's introduction to The Red Badge of Courage, plus appreciations of Graham Greene, Ken Kesey, George Orwell, and Malcolm Lowry. Further afield, here are Stone's impressions of the 1996 Republican National Convention in San Diego, his meditations on the appeal of cocaine and Moby-Dick, and lyrical considerations of Havana and Jerusalem.