Kopp Sisters On The March 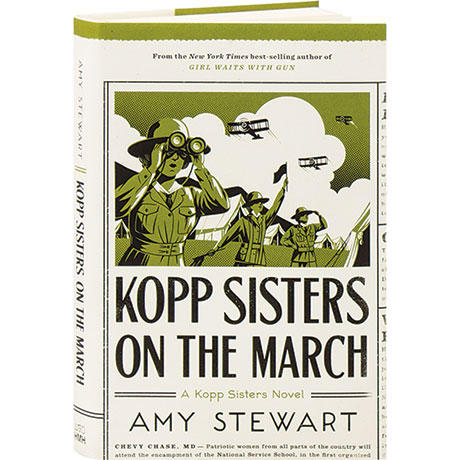 Kopp Sisters On The March

It's the spring of 1917 and change is in the air. American women have banded together to create military-style training camps for women who want to serve—an idea that proves irresistible to the Kopp sisters, who leave their farm in New Jersey to join up. When an accident befalls the matron, Constance reluctantly agrees to oversee the camp—much to the alarm of the Kopps' tent-mate, the real-life Beulah Binford, who is seeking refuge from her own scandalous past under the cover of a false identity. Will she be denied a second chance? In this fifth outing (after Miss Kopp Just Won't Quit), the women of Camp Chevy Chase face down the skepticism of the War Department, the double standards of a scornful public, and the very real perils of war.