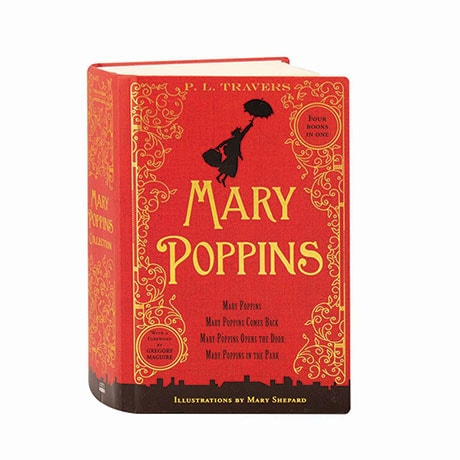 Handsome in its gilded red cover, and with Gregory Maguire's foreword relating his encounter with P.L. Travers, this 80th anniversary omnibus collects the first three Mary Poppins books (the only ones in which she makes an entrance and exit) and the fourth book (with additional stories from her earlier visits). As in the Disney film, Mary Poppins does indeed arrive on the East Wind under an umbrella, and visits tea parties on the ceiling and sidewalk chalk paintings; but here, Mary is rather more brash and abrasive, and Jane and Michael are joined by little twins John and Barbara, and later by Annabel in the pram. The books, for readers 8 to 12, feature the original drawings by Mary Shepard, daughter of Pooh illustrator Ernest Shepard.