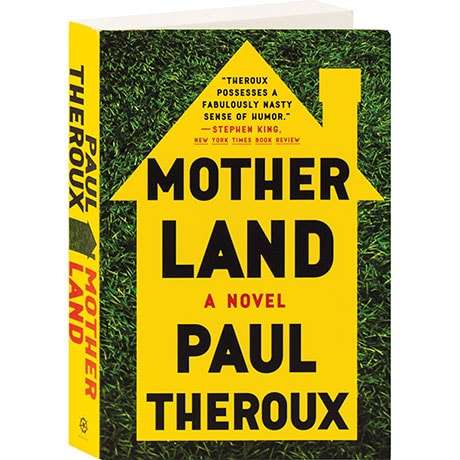 To those in her Cape Cod town, Mother is an exemplar of piety, frugality, and hard work, but to her husband and seven children, she is a tyrant. Her favorite, Angela, died in childbirth; only Angela really understood her, she tells the others, who include the officious lawyer, Fred; the uproarious professor, Floyd; a pair of inseparable sisters whose devotion to Mother has consumed their lives; and JP, the narrator, a successful writer whose work she disparages. In such books as The Mosquito Coast and Ghost Train to the Eastern Star, Paul Theroux brought exotic worlds to life; in this 2017 novel, he maps out an equally strange terrain, a land where Mother's brood struggles among themselves to shed her viselike hold on them.