When The World Seemed New: George H.W. Bush and the End of the Cold War 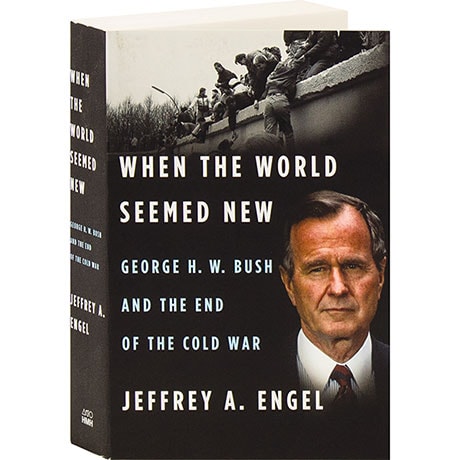 When The World Seemed New: George H.W. Bush and the End of the Cold War

The collapse of the Soviet Union occurred even as Saddam Hussein invaded Kuwait and regimes throughout Eastern Europe and Asia teetered between democratic change and new authoritarian rule. As Jeffrey Engel reveals here, George H.W. Bush rose to the occasion brilliantly, using handwritten letters and direct conversations—some revealed here for the first time—with heads of state, as part of a strategy of firm but patient diplomacy. Based on previously classified documents and interviews with all the principals, this riveting, fly-on-the-wall account of a president with his calm hand on the tiller is also a portrait of America at the pinnacle of global power.