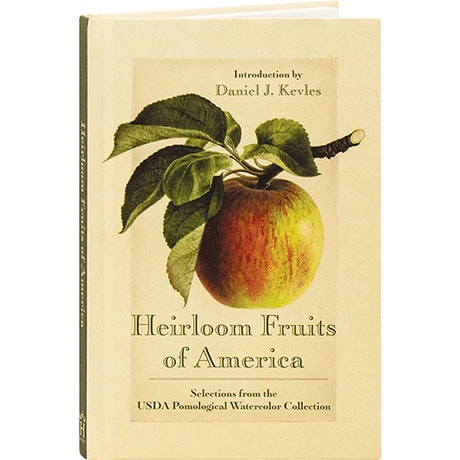 Gorgeously depicted in watercolors made between 1886 and 1942, these are the fruits of a bygone America. The hundred paintings here from the U.S. Department of Agriculture served largely as trademarks to protect growers in the highly competitive and fraud-plagued fruit industry, at a time when color photography was not widely available and patent protection did not extend to living organisms. And yet, the resulting documentary images are themselves works of beauty, meticulously rendered by commissioned artists. They reveal a rich cache of botanical diversity in early 20th century agriculture, and Yale professor Daniel Kevles's introduction places them in their historical context.