Unravelling The Double Helix: The Lost Heroes of DNA 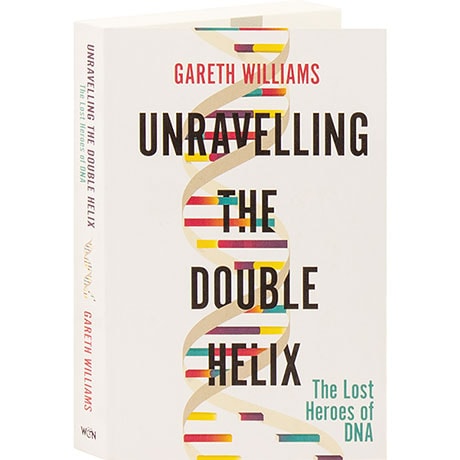 Unravelling The Double Helix: The Lost Heroes of DNA

When James Watson and Francis Crick revealed the structure of DNA in 1953, it seemed like an unprecedented breakthrough that had emerged from nowhere, and the later publication of The Double Helix cemented their story as the official account. As Gareth Williams explains, however, their contribution provided the last few pieces of a gigantic jigsaw puzzle that began with Friedrich Miescher's discovery of nucleic acids in the late 1860s. Taking a new look at the century spanning these two achievements, Williams uncovers the vital contributions of such neglected pioneers as Rosalind Franklin, Ray Gosling, and John Desmond Bernal.

"A fine history of the first 85 years of DNA. A superb chronicle of a scientific struggle with a happy ending."—Kirkus Reviews