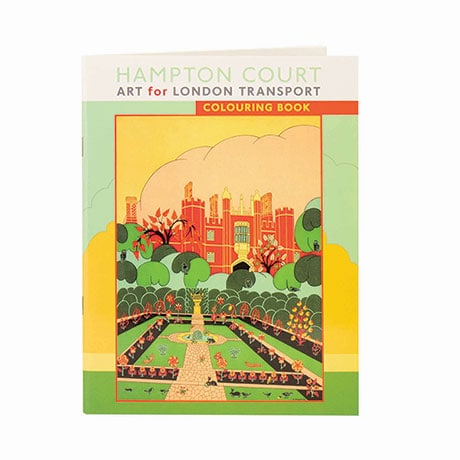 The favorite palace of King Henry VIII, Hampton Court was later opened to the public by Queen Victoria. During an early 20th century campaign to publicize tourist attractions that can be reached via London's Underground, the picturesque locale became a favorite subject for artists designing posters. In this coloring book are 22 posters featuring Hampton Court, with the originals shown as small pictures on the inside front and back covers—copy these lovely vintage images, or suit yourself and color it your way.