The Battle Of The Bulge: Hitler's Final Gamble in Western Europe 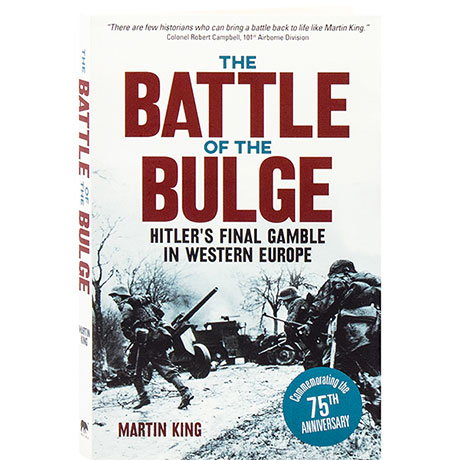 The Battle Of The Bulge: Hitler's Final Gamble in Western Europe

The largest land engagement of World War II, the Battle of the Bulge pitted a determined German counter-attack, spearheaded by three Panzer armies, against Allies who were unprepared and ill-equipped. As the fighting raged across the frosty forests of the Ardennes, it was left to a few untested U.S. Infantry divisions to hold the Allied lines, and they achieved it at great cost. Drawing on interviews with veterans and extensive knowledge of the region, Martin King provides an essential introduction to the events of the war's final winter, profiling the soldiers who struck a mortal blow against the Third Reich.