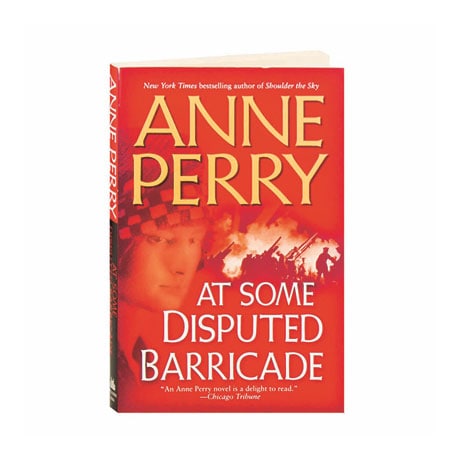 July 1917: Joseph Reavley and his sister Judith are bone-weary as they approach the fourth year of the conflict. While the Battle of Passchendaele rages on, Joseph's trusted commanding officer is replaced by a man so pompous and incompetent that his troops know he will waste many lives. When the officer is himself killed by his own men, Joseph understands the grim duty of seeing them tried and executed; Judith, however, has no such convictions, and risks her life to help them escape. In this fourth novel of the series, Joseph must track his comrades through Switzerland and into enemy territory, for a reckoning that will pit courage and honor against the blind machinery of military justice. Best known for her Victorian mysteries featuring William and Hester Monk or Thomas and Charlotte Pitt, Anne Perry brings us forward to the 1910s with this atmospheric series. The Reavley siblings—Joseph, Judith, Michael, and Hannah—encounter murder, espionage, treason, and the schemes of a mysterious villain hiding in the top echelons of society, all amid the brutal combat of World War I.