The Sheen On The Silk 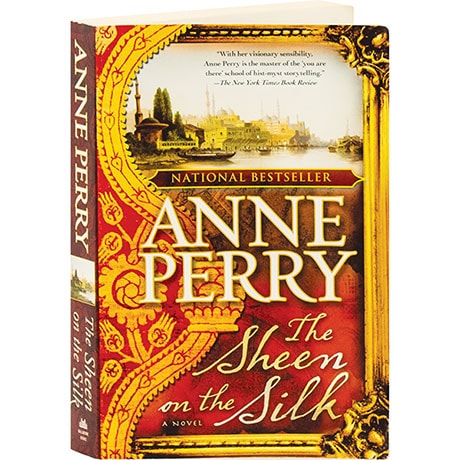 The Sheen On The Silk

Arriving in Constantinople in 1273, Anna Zarides vows to prove the innocence of her brother, Justinian, who has been exiled for conspiring to kill a nobleman. Disguising herself as a eunuch named Anastasius, Anna moves freely about in society, maneuvering close to the key players involved in her brother's fate, including a devious noblewoman and a ship's captain conflicted by his growing feelings for Anastasius. As Crusaders plot to invade Constantinople, Anna's discoveries draw her deeper into the emperor's treacherous court. Taking a break from her prolific career as a mystery novelist, Anne Perry proves herself a fine purveyor of historical fiction in this 2011 novel.