No Graves As Yet: A World War I Novel 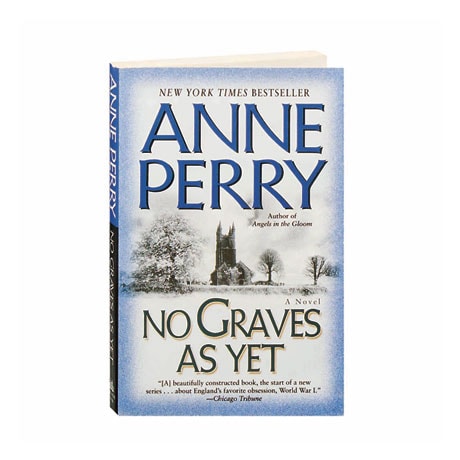 No Graves As Yet: A World War I Novel

It is the golden summer of 1914, in this series debut mystery, and Cambridge professor Joseph Reavley is summoned from a cricket match to learn that his parents have died in a crash. Joseph's brother Matthew, an officer in the Intelligence Service, had been awaiting their father's delivery of a secret document—a paper said to be able to disgrace England and destroy the Western world. What has happened to this explosive document, if indeed it ever existed, and how had it fallen into the hands of their father, a quiet countryman? Joseph is soon burdened with a second tragedy: the murder of his most gifted and admired student Sebastian Allard, somehow connected to the assassination of an Austrian archduke. Best known for her Victorian mysteries featuring William and Hester Monk or Thomas and Charlotte Pitt, Anne Perry brings us forward to the 1910s with this atmospheric series. The Reavley siblings—Joseph, Judith, Michael, and Hannah—encounter murder, espionage, treason, and the schemes of a mysterious villain hiding in the top echelons of society, all amid the brutal combat of World War I. "Perry's melancholy evocation of the 'eternal afternoon' that would soon turn to night all over England is lovely."—NYTBR

"Suspenseful, often heartbreaking and riveting.... This is Perry's probing, brooding landscape of the soul, which she masters and makes her own."—Providence Journal