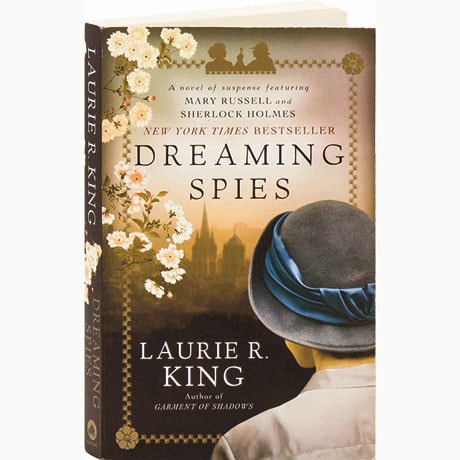 After a lengthy case that had them traipsing all over India (detailed in The Game), this Agatha Award winning 13th entry in Laurie King's outstanding series sees Mary Russell and her mentor-turned-husband Sherlock Holmes indulging in a side trip to southern Japan. Once aboard the steamer Thomas Carlyle, however, Holmes recognizes the famous clubman the Earl of Darley, whom he suspects is an occasional blackmailer, while Russell is befriended by a young Japanese woman who has promised to tutor the couple in her language. But Russell can't shake the feeling that Haruki Sato is not who she claims to be, and she and Holmes are soon involved in a deadly game that could topple an empire.