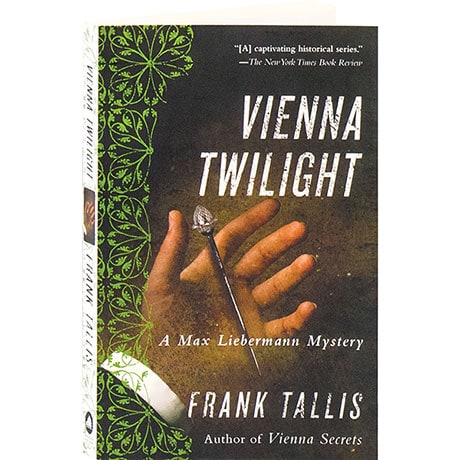 In Vienna at the turn of the 20th century, psychoanalyst Max Liebermann is frequently called upon by his friend and musical partner, Detective Inspector Oskar Reinhardt, to help solve baffling criminal mysteries. Frank Tallis, himself a clinical psychologist as well as a writer of first-rate literate suspense, whisks us back to a time when new theories about the workings of the mind are taking shape, and scientific methods of investigation are employed under flickering gaslight.

A sexual predator is at large on the streets of Imperial Vienna, and Inspector Reinhardt realizes immediately that Max Liebermann's help is required, in this fifth mystery in the series, a finalist for the 2012 Edgar Award. The evidence indicates that the killer is no ordinary "lust murderer," and his young female victims have been slain with an almost undetectable weapon, a hat pin. Max must employ the latest revelations of psychoanalysis to journey into uncharted regions of the human mind. Meanwhile the doctor must continue to tend to his patients, including a man who claims to have seen his double—the doppelgänger of Germanic folklore, believed to be an omen of death—while struggling with his own unethical desires.