Challenge For The Pacific: Guadalcanal: The Turning Point of the War 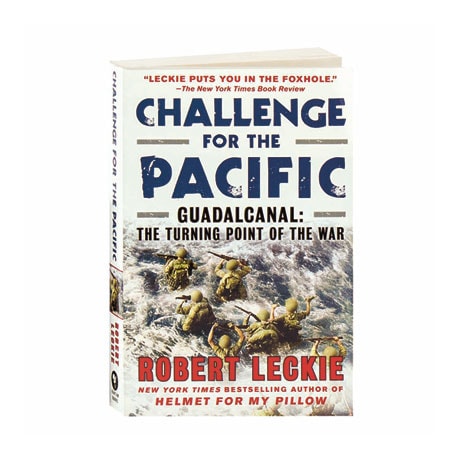 Challenge For The Pacific: Guadalcanal: The Turning Point of the War

Fighting 24 hours a day under grueling conditions, the Battle of Guadalcanal was a stern test for Allied forces, but their eventual victory proved that they had the grit to defeat Japan. A decorated veteran of the South Pacific campaign, Robert Leckie captures the intensity of the conflict, while offering portraits of combatants from both sides: General Archer Vandegrift, who first assembled an amphibious strike force; Isoroku Yamamoto, the naval general whose innovative strategy was tested here; the island-born Allied scout Jacob Vouza, who survived torture to uncover the enemy's plans; and Saburo Sakai, the ace flier who shot down American planes with astonishing ease.