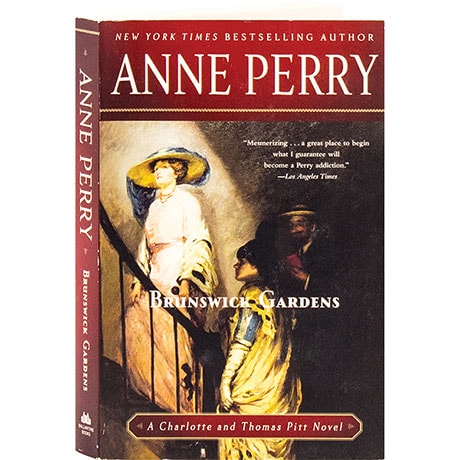 In London's affluent Brunswick Gardens, the battle over Charles Darwin's theory of evolution intensifies as the Reverend Parmenter feels personally challenged by his lovely young assistant Unity Bellwood—a "new woman," whose feminism and Darwinism he finds appalling. When Unity, three months pregnant, tumbles down a staircase to her death, Superintendent Thomas Pitt is certain that one of the three devout men in the house committed murder. If not the Reverend Parmenter, could it be his handsome curate? Or his son, a fervent Roman Catholic? Pitt and his wife Charlotte refuse to settle for less than the truth—or to let justice go unserved—in this eighteenth mystery in the series.