Death On Blackheath: A Charlotte and Thomas Pitt Novel 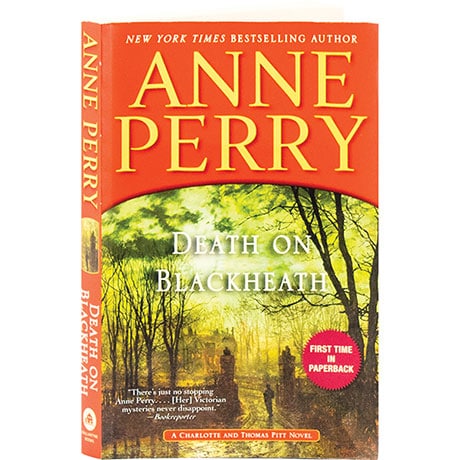 Death On Blackheath: A Charlotte and Thomas Pitt Novel

As commander of the Special Branch, Thomas Pitt has the job of keeping Victorian Britain safe from spies and traitors. So in this 29th outing for Pitt and his wife Charlotte (following Midnight at Marble Arch), it's not clear why he's been ordered to investigate two minor incidents: the discovery of blood, hair, and shards of glass outside the home of naval arms expert Dudley Kynaston, and the disappearance of Mrs. Kynaston's lady's maid. But weeks later, when the mutilated body of an unidentified young woman is found nearby, Pitt realizes that this is no ordinary investigation. Is Kynaston leading a double life? And has Pitt been saddled with a conspiracy so devilishly clever that it will ruin him?