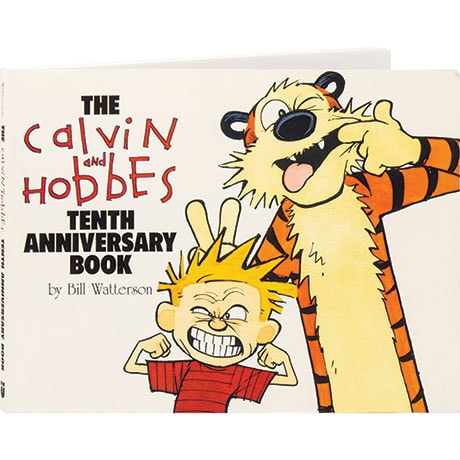 Appearing late in 1985, Bill Watterson's Calvin and Hobbes was soon recognized as a singular achievement, blending the best of classics like Peanuts and Pogo while making the most of dwindling newspaper space to imagine the outsized world of a boy and his best friend, a talking tiger. Ten years later, Watterson knew it was time to move on, so this anniversary collection is a retrospective, with choice daily and Sunday strips and his own in-depth commentary on the series and cartooning.

"Watterson re-created the thoughts and feelings of a six-year-old with uncanny accuracy…. Calvin and Hobbes was, simply, the best comic strip." —LATimes