The Heir Apparent: A Life of Edward VII, the Playboy Prince 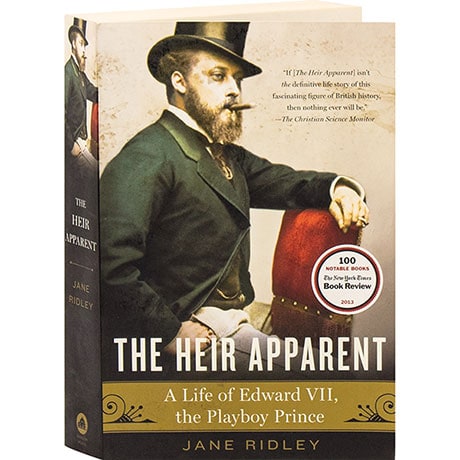 The Heir Apparent: A Life of Edward VII, the Playboy Prince

Born Prince Albert Edward, and known to familiars as "Bertie," the future King Edward VII had a well-earned reputation as a gambler, glutton, and womanizer. His mother Queen Victoria considered him a lazy halfwit, temperamentally unfit to succeed her, and when he ascended to the throne in 1901, at age 59, expectations were low. And yet, as Jane Ridley reveals in her richly entertaining biography—one of the New York Times's 100 Notable Books of 2013 and a Boston Globe Best Book of the Year—the quintessential black sheep of Buckingham Palace nonetheless matured into a wise and effective monarch, and Ridley sheds new light on Bertie's long power struggle with Victoria.