Citizens Of London: The Americans Who Stood with Britain in Its Darkest, Finest Hour 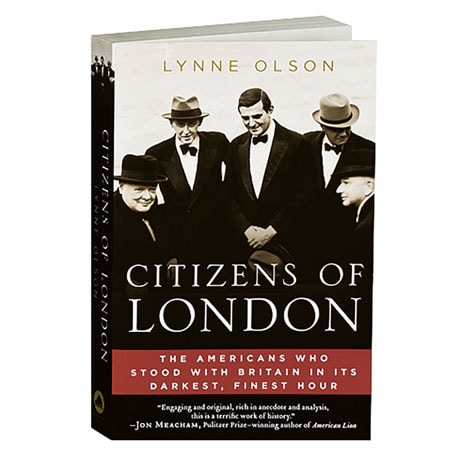 Citizens Of London: The Americans Who Stood with Britain in Its Darkest, Finest Hour

"Like any good history book, this is a reminder: a reminder of how some Americans came to London and rallied to Britain's cause in 1940 and 1941—before Pearl Harbor, when Hitler's Germany came very close to winning the Second World War. Citizens of London is really two books in one: a detailed record of what an American ambassador (John Gilbert Winant), a Roosevelt appointee (Averell Harriman) and an American broadcaster (Edward R. Murrow) did for the British—and, yes, also for the American—cause. At the same time, it is a detailed account of American/British relations through the War, another tale that is not simple."—John Lukacs