Yankee Miracles: Life with the Boss and the Bronx Bombers 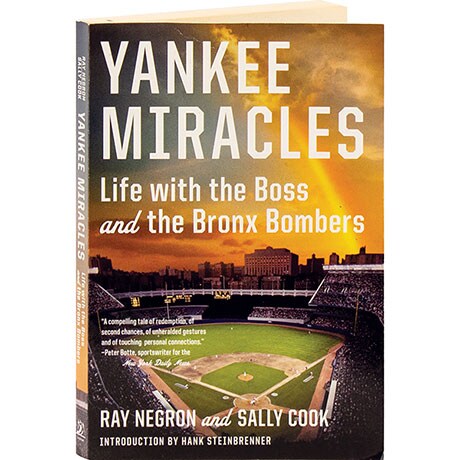 Yankee Miracles: Life with the Boss and the Bronx Bombers

When 17-year-old Queens native Ray Negron spray painted graffiti on Yankee Stadium, he didn't expect to be nabbed by George Steinbrenner himself. Contrary to his gruff public image, the Boss—driven by a compassionate inner voice—reclaimed the teen on this day in the early 1970s, at a time when the Bronx was literally burning. Thus begins the unlikeliest of baseball stories, one in which Negron is transformed from street kid to batboy. As Negron details here, he befriended many of major league baseball's greatest stars, including Reggie Jackson, Thurman Munson, Mickey Mantle, Catfish Hunter, A-Rod, Jeter, even Mrs. Lou Gehrig, and later dedicated his life to helping the sick and rescuing generations of city kids from unfulfilled lives.