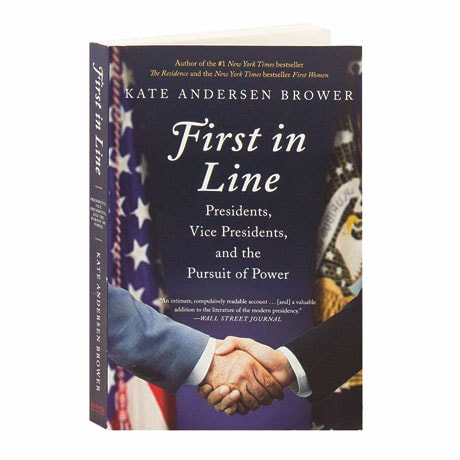 The vice-presidency is the second most powerful job in the world, yet it is a position that most of us know very little about. Parting the curtains, the author of The Residence has interviewed every VP from Walter Mondale through Joe Biden, to arrive at fresh conclusions about what it means to be the man in the shadows yet a heartbeat from the presidency. Going deeper, Kate Anderson Brower assesses the disconnected partnerships of Eisenhower/Nixon and Kennedy/Johnson, Clinton and Gore's falling-out over the Monica Lewinsky affair, the dual presidency of Bush/Cheney, and the surprisingly intense friendship between Obama and Biden, while also offering insight into the dynamics between Donald Trump and Mike Pence.