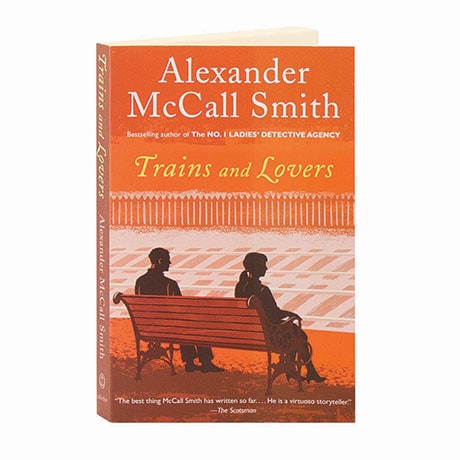 Sharing a passenger compartment from Edinburgh to London, four strangers pass the time by sharing tales of trains that have changed their lives, in this stand-alone novel from the creator of The No. 1 Ladies' Detective Agency. One, a keen-eyed Scotsman, secured his future—and his prospects for marriage—after spotting a train in a supposed 18th century painting. An Australian woman tells how her parents made a life together running a railroad siding in the Outback, while a middle-aged American sees two young men saying goodbye on a platform and recalls his own youthful crush on another man, and an Englishman describes the surprising dinner date that resulted from getting off at the wrong stop.