Six And A Half Deadly Sins 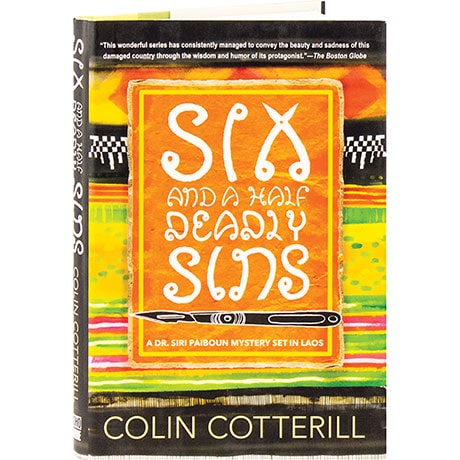 Six And A Half Deadly Sins

Laos, 1979: Dr. Siri Paiboun, the twice retired ex-National Coroner of Laos, receives an unmarked package in the mail. Inside is a pha sin, a handwoven traditional skirt worn in northern Laos—but it has a severed human finger stitched into its lining. Siri is convinced someone is trying to send him a message, and his tenth case (after The Woman Who Wouldn't Die) is a trip up north to the province where the pha sin was made, not realizing he is embarking on a deadly scavenger hunt. The border is about to erupt into violence—and Dr. Siri and his entourage are walking right into the heart of the conflict.