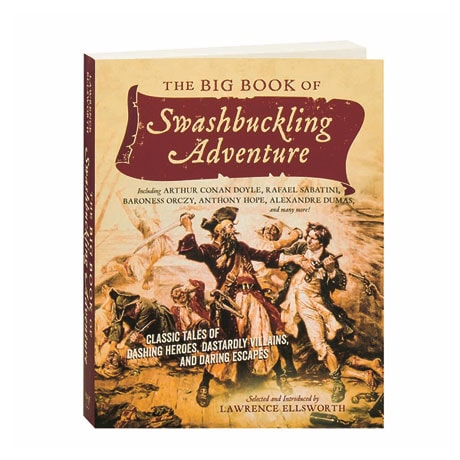 The swashbuckler tradition was born of legends like Robin Hood and revived by Walter Scott and other Romantic authors, though it was the publication of Alexandre Dumas's The Three Musketeers in 1844 that made it one of the most popular forms of fiction for nearly a century. The translator of Dumas's forgotten sequel The Red Sphinx, Lawrence Ellsworth presents 18 rousing examples of the genre, by authors like Rafael Sabatini, Johnston McCulley, Baroness Orczy, Pierce Egan, and Arthur Conan Doyle. This handsome edition includes classic illustrations and Ellsworth's spirited and knowledgeable introductions.