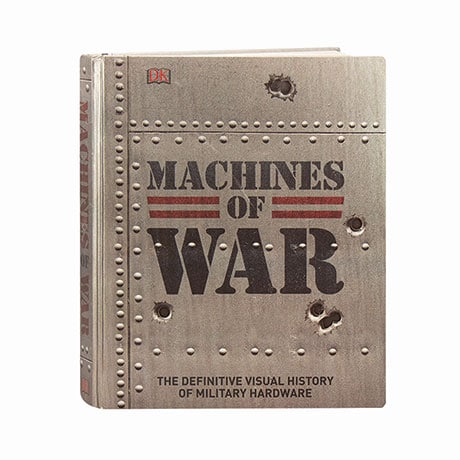 Beginning with flint spears and Roman shields, this astonishing compendium surveys two millennia of man's most formidable weapons. Shown in hundreds of captioned color photographs, here are early cannons and a worldwide assortment of elegant swords and pistols. Moving into the industrial era, the weapons of choice are Gatling guns, sniper rifles, assault rifles, and even a gun disguised as an umbrella. Shown in crystal clear, contemporary images, here too are pioneering tanks of the Great War, World War II artillery, destroyers, submarines, military bikes, helicopters, and drones. Tanks and warplanes are given special consideration, and some of the most impressive photographs show their interiors as their users would have seen them.