The President And The Assassin: McKinley, Terror, and Empire at the Dawn of the American Century 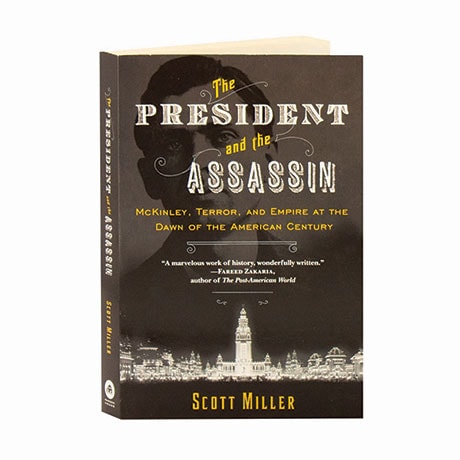 The President And The Assassin: McKinley, Terror, and Empire at the Dawn of the American Century

In this sweeping tale of America at the turn of the 20th century, longtime foreign correspondent Scott Miller examines the forces that put President William McKinley and anarchist Leon Czolgosz on a collision course in 1901. Under its popular Republican commander in chief, the United States was undergoing an uneasy transition from a simple agrarian society to an industrial powerhouse, spreading influence overseas by force of arms. But Czolgosz, like many immigrants, was on the losing end of the economic changes taking place, and came to despise a government dedicated to making the rich richer. Miller's fascinating snapshot of the era depicts two men who each believed he was on the right and honorable path.