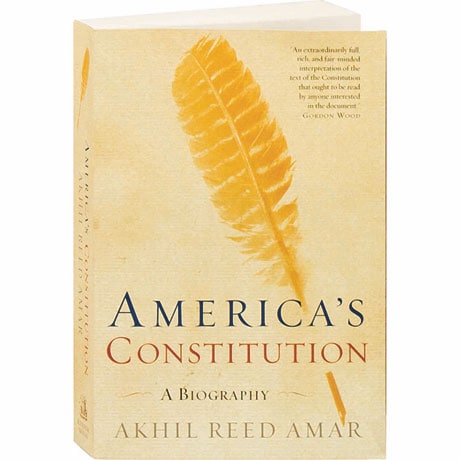 In this incisive, entertaining, often surprising "biography" of one of the world's great political texts, constitutional law scholar Akhil Reed Amar explains not only what our Constitution states but also why. He places it in the context of late 18th century American politics and reveals how a document that was in large part drafted by slaveholding, landed gentry could later be instrumental in the emancipation of slaves, the enfranchisement of women, and other modern expansions of liberty and equality.

"Scholarly, reflective and brimming with ideas…. Amar evokes the passions and tumult that marked the Constitution's birth and its subsequent revisions."—Publishers Weekly (starred review)