This Republic Of Suffering: Death and the American Civil War 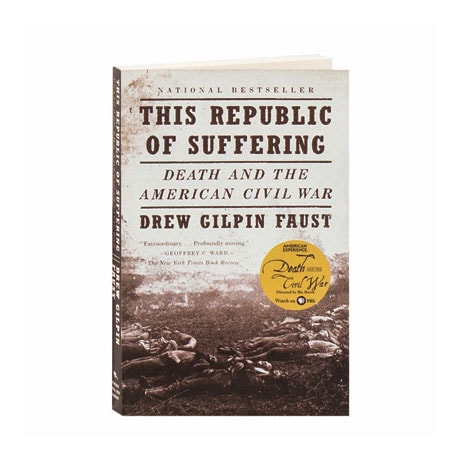 This Republic Of Suffering: Death and the American Civil War

Focusing not on the Civil War's battles but on how the public came to terms with the unprecedented carnage of the war, this history—a finalist for the Pulitzer Prize and the National Book Award—shows Americans searching for a greater meaning in the conflict, as they try to reconcile the loss of 600,000 men with their faith in a benevolent God. Drawing from diaries, letters, and periodicals of the era, Harvard University President Drew Gilpin Faust details how mass burials affected those involved, and how such conditions led to the modernization of the funeral industry. Our national veneration for those who die in battle began with the Civil War, Faust contends, alongside a growing public concern for individual rights.