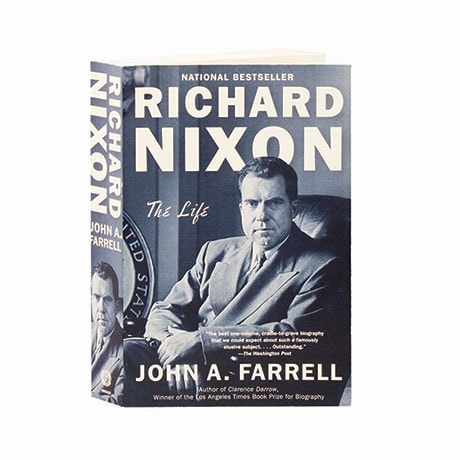 "Few came so far, so fast, and so alone," says John Farrell of Richard Nixon's ambitious rise from Navy lieutenant to 37th President of the United States. Even as Nixon packed his White House staff with bright young men who devised forward-thinking reforms addressing health care, welfare, civil rights, and protection of the environment, he acted to prolong the Vietnam War for his own political purposes. Always seeking power through disunion, the increasingly paranoid Nixon launched the McCarthy era, played white against black with a "southern strategy," and spurred the Silent Majority to despise and distrust the country's elites. As Farrell notes here, Nixon's true legacy is that he persuaded Americans to nurse their grudges—and to look at one another as enemies.