Behind The Palace Doors: Five Centuries of Sex, Adventure, Vice, Treachery, and Folly from Royal Britain 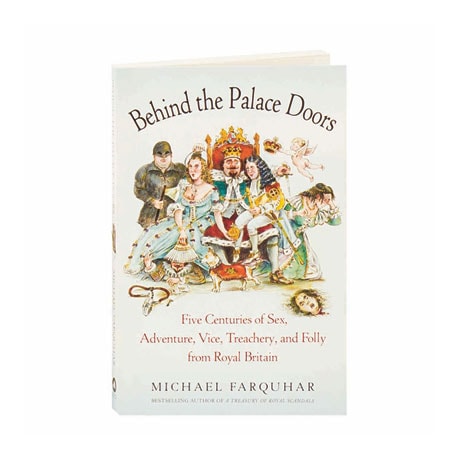 Behind The Palace Doors: Five Centuries of Sex, Adventure, Vice, Treachery, and Folly from Royal Britain

Whether nagged by scandals, betrayed by their spouses, or embarrassed by their children, the kings and queens of Great Britain have been many things, but they have never been dull. From ambitious Henry VII to the ultra-respectable Elizabeth II, this history of the monarchy by the author of A Treasury of Royal Scandals delivers the truth behind the strange fate of the corpse of Charles I, the supposed madness of George III, and Queen Victoria's surprisingly daring taste in sculpture. Michael Farquhar ventures beyond the rumors to present the unvarnished chronicle of Britain's monarchs, highlighting the unique mix of tragedy, comedy, romance, heroism, and incompetence that has made the British throne such an enduring source of fascination.