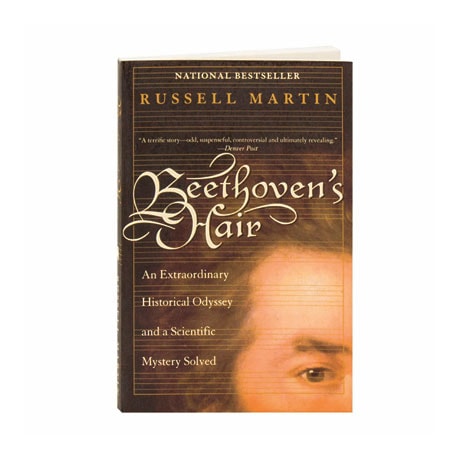 When Ludwig van Beethoven lay dying in 1827, musician Ferdinand Hiller came to pay his respects, snipping a lock of the composer's hair as a keepsake. A century later, the lock found its way to Nazi-occupied Denmark, where it was given to a doctor involved in the effort to help save hundreds of Jews. As Russell Martin details here, the hair was eventually purchased by two collectors who conducted a series of forensic tests in the hope of finding the probable causes of the composer's chronically bad health, his deafness, and demise. Part history, part scientific detective story, Martin's book offers the best explanation yet for why Beethoven spent much of his life in silence.