The Great Game In Cuba: How the CIA Sabotaged Its Own Plot to Unseat Fidel Castro 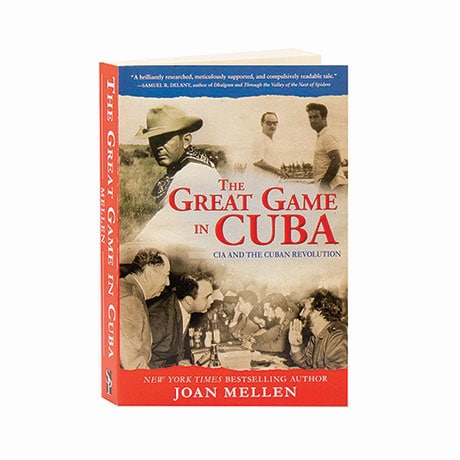 The Great Game In Cuba: How the CIA Sabotaged Its Own Plot to Unseat Fidel Castro

After the Cuban revolution, Fidel Castro seized power, and the CIA began a long campaign to assassinate or unseat him and install a new leader who was friendlier to U.S. interests. There would be many missteps along the way, but most of these operations remained top secret. Sifting through the secrets and half-truths, Joan Mellen introduces Robert J. Kleberg, Jr., proprietor of the legendary King Ranch, one of the largest ranches in the world. Kleberg's messianic ambitions bring him to Cuba, where he establishes a satellite ranch managed by his right-hand man, the James Bond-type character Michael J.P. Malone, who secretly reported to both the FBI and to at least five CIA handlers. From there, the plot thickens, and Mellen also delves into the mysterious disappearance of Camilo Cienfuegos, a major figure in Castro's government.