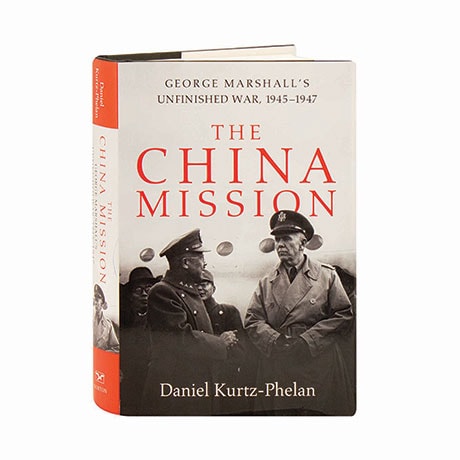 As World War II came to an end, General George Marshall was renowned as the architect of Allied victory. Set to retire, he instead accepted what he thought was a final mission, heading to unstable China to help forge a democracy and prevent a Communist takeover, all while staving off World War III. In his 13 months in China, Marshall grappled with Mao Zedong, and plotted and argued with Generalissimo Chiang Kai-shek and his brilliant wife. As Daniel Kurtz-Phelan explains here, however, Marshall would later be faced with a wrenching choice whose consequences would define the rest of his career, and as the question of "who lost China?" roiled American politics, he became a prominent target of McCarthyism.