St. Petersburg: Madness, Murder, and Art on the Banks of the Neva 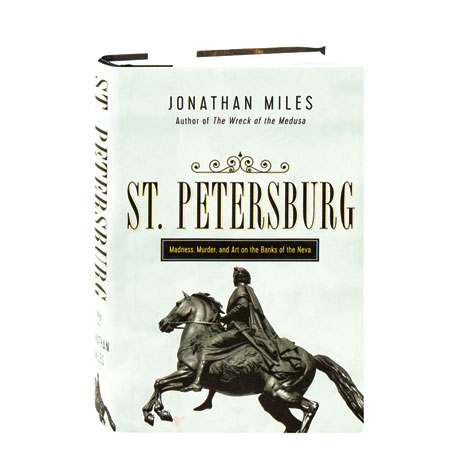 St. Petersburg: Madness, Murder, and Art on the Banks of the Neva

Established in a flooded marshland in 1703 by the sheer will of its charismatic founder, Peter the Great, St. Petersburg was intended as a window to Europe, yet the city was a quintessentially Russian inspiration to the nation's greatest artists: Pushkin and Dostoyevsky, Tchaikovsky and Shostakovich, Pavlova and Nureyev. Yet as Jonathan Miles details here, the former capital has seen much bloodshed as a hotbed of war and revolution, a crucible for Lenin and Stalin's takeover of Russia. Illustrated with 16 pages of photos, this stranger-than-fiction tale follows the city from its brutal early days through its harrowing siege during World War II, and from the upheaval of Glasnost through its uncertain future in the 21st century.

"Jonathan Miles's cinematic telling shows how the drama, the absurdity, the splendor and the squalor of the imperial capital all found their way into Russia's finest novels, operas and paintings…. Miles peels back the layers of myth in which the city is swaddled, while never losing sight of its haunting grace."—The Guardian (London)