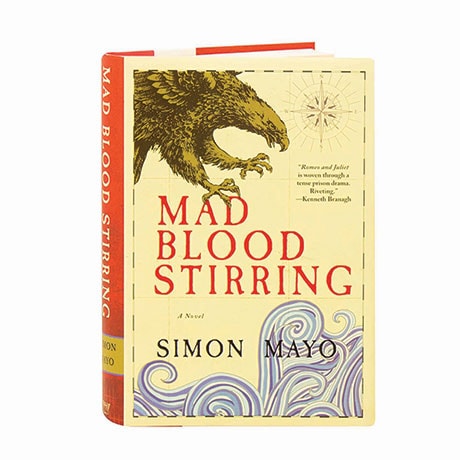 On New Year's Eve 1814, the American sailors of the Eagle—taken captive by the British—finally arrive at Dartmoor prison, bedraggled and exhausted. They've only had one thing to sustain them during the harrowing voyage—a rumor that the war is finally over. Joe Hill thought he'd left the war outside these walls but it's quickly clear that there's a different type of fight to be had within. The seven prison blocks surrounding him have been segregated, six white and one black. Inspired by true events, BBC presenter Simon Mayo's novel recounts the remarkable story of the first ever all-black Shakespeare production, staged by American prisoners of war.

"A rapid page-turner with dark humor, intellectual heft, and a gallery of deeply human characters that shake our spirits."—Kenneth Branagh