Barefoot In Babylon: The Creation of the Woodstock Music Festival, 1969 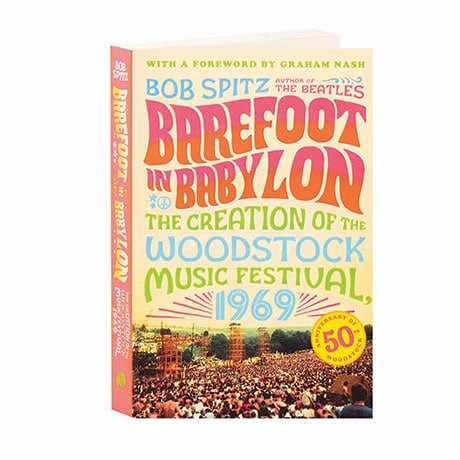 Barefoot In Babylon: The Creation of the Woodstock Music Festival, 1969

Held more than 50 years ago on Max Yasgur's farm in upstate New York, the Woodstock Music Festival defined a generation, although there was much more than peace and love driving that long weekend event in the summer of 1969. A journalist, author, musician, and former manager of such talents as Bruce Springsteen and Elton John, Bob Spitz gives readers a behind-the-scenes look at the making of Woodstock, from its inception and its incredible roster of performers to its scandals and the darker side of the peace movement. Originally published in 1979, this edition includes a new introduction, as well as maps, set lists, and a breakdown of all the personalities involved in Woodstock.

"Mr. Spitz feeds us every riveting detail of the chaos that underscored the festival. It makes for some out-a-sight reading, man."—NYTBR