Shoulder The Sky: A World War I Novel 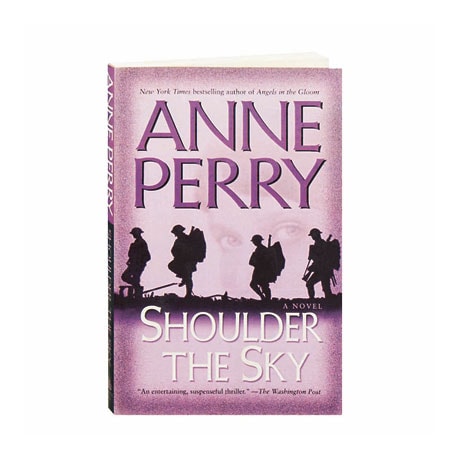 Shoulder The Sky: A World War I Novel

April 1915: while searching no-man's-land for survivors, army chaplain Joseph Reavley finds the body of war correspondent Eldon Prentice, and though the man was despised for trying to turn public opinion against the war, Joseph is shocked to realize he was killed by one of his own countrymen. In this second novel of the series, both Joseph and his sister Judith—a driver and translator for Prentice's uncle, General Cullingford—harbor disturbing suspicions about who may be the killer, while in London, their brother Matthew continues his search for the sinister figure they call the Peacemaker, who also seeks to undermine public support, while reshaping the world for his own ends. Best known for her Victorian mysteries featuring William and Hester Monk or Thomas and Charlotte Pitt, Anne Perry brings us forward to the 1910s with this atmospheric series. The Reavley siblings—Joseph, Judith, Michael, and Hannah—encounter murder, espionage, treason, and the schemes of a mysterious villain hiding in the top echelons of society, all amid the brutal combat of World War I.