The Ambulance Drivers: Hemingway, Dos Passos, and a Friendship Made and Lost in War 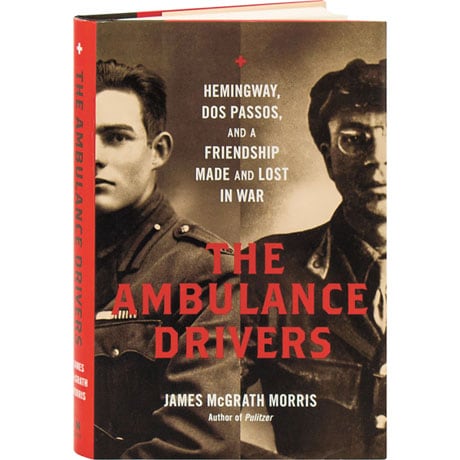 The Ambulance Drivers: Hemingway, Dos Passos, and a Friendship Made and Lost in War

As an ambulance driver during World War I, John Dos Passos was stunned by the horror of trench warfare in France, and he was determined to write about it. When he met another young writer, Ernest Hemingway—who was just arriving for his own service in the ambulance corps—the men began a close friendship that would last two decades. In war, Hemingway had found adventure, women, and a cause, while Dos Passos saw only oppression and futility, ultimately penning the antiwar novel Three Soldiers. Illustrated with 16 pages of photos, this biography by the author of Pulitzer follows the writers on their worldwide travels, contending with professional jealousy and political differences, culminating in the bitter collapse of their friendship during their the Spanish Civil War.

"Intimate, vivid, and humane, [this book] propels readers through the intersecting lives of two of our greatest writers. Never have Ernest Hemingway and John Dos Passos seemed so real or so important as in James McGrath Morris's account of their passage through the Great War and the rise of fascism."—T.J. Stiles