Autumn Of The Black Snake: George Washington, Mad Anthony Wayne, and the Invasion that Opened the West 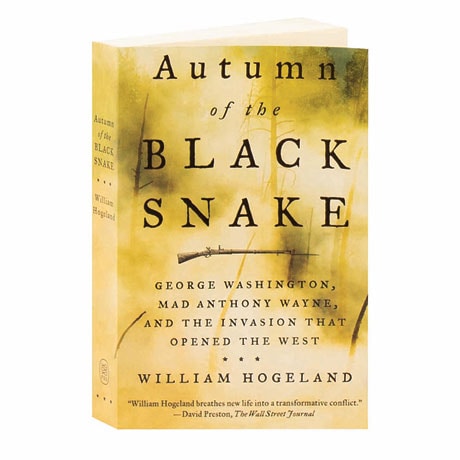 Autumn Of The Black Snake: George Washington, Mad Anthony Wayne, and the Invasion that Opened the West

When the Revolutionary War ended in 1783, the newly independent United States soon found itself losing an escalating military conflict on its borderlands. In 1791, years of skirmishes and raids climaxed in the grisly defeat of American militiamen by a brilliantly organized confederation of Shawnee, Miami, and Delaware Indians. Outmaneuvering their political opponents, George Washington and Alexander Hamilton make the risky decision to appoint "Mad" Anthony Wayne to lead a legion against the confederation. Offering compelling portraits of Wayne as well as his adversaries Blue Jacket and Little Turtle, William Hogeland chronicles the fateful Ohio battle that would pave the way for the nation's westward expansion.