The Battle Of Arnhem: The Deadliest Airborne Operation of World War II 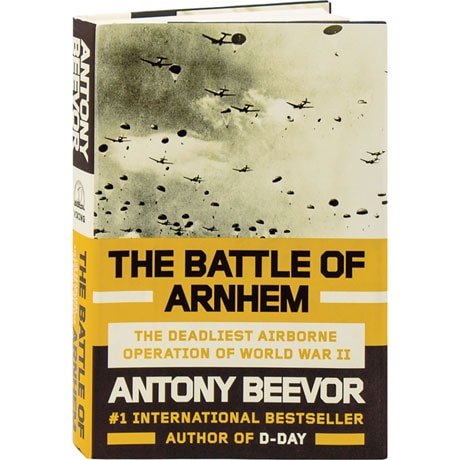 The Battle Of Arnhem: The Deadliest Airborne Operation of World War II

On September 17, 1944, General Kurt Student, the founder of Nazi Germany's parachute forces, heard the roar of airplane engines over the plains of Holland, and went out onto his balcony to witness the approach of the American and British Airborne Divisions. Operation Market Garden—the plan to end the war by capturing the bridges leading to the Lower Rhine—was a bold concept, but could it have ever worked? The cost of failure was horrendous, above all for the Dutch who suffered German reprisals until the end of the war. Using rare archival sources, the author of Stalingrad has created here a panoramic account of the Allied failure in Arnhem—which General Student called "The Last German Victory"—and this history includes 32 pages of photographs.

"Beevor describes the battle and its aftermath with his customary deep understanding of the human factor—both of the soldiers who risked everything and of the plight of the Dutch civilians."—The Spectator (UK)