Show Trial: Hollywood, HUAC, and the Birth of the Blacklist 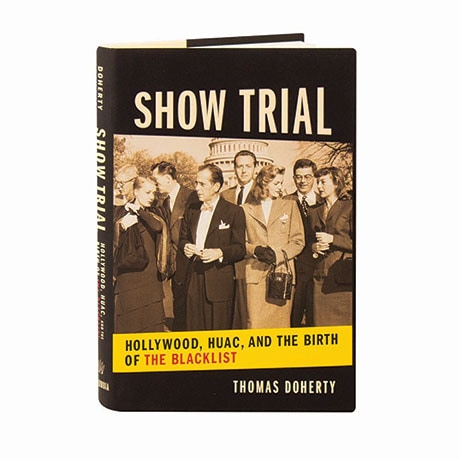 Show Trial: Hollywood, HUAC, and the Birth of the Blacklist

Over nine tumultuous days in October, 1947, the House Un-American Activities Committee (HUAC) held a round of hearings into alleged Communist subversion in the movie industry. The major studios pledged to never again employ a known Communist, and the blacklist era had begun. Going behind the scenes of the first media-political spectacle of the postwar era, Thomas Doherty details the theatrical elements of a courtroom drama starring glamorous actors, on-the-make congressmen, high-priced lawyers, and single-minded investigators, all recorded by newsreel cameras and broadcast over radio. Doherty also tells the story of the Hollywood Ten, and chronicles the fallout of these turbulent proceedings.